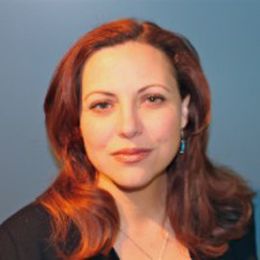 Shannon E. French, Ph.D., began her tenure as director of the Inamori International Center for Ethics and Excellence and Inamori Professor of Ethics at Case Western Reserve University on September 8, 2008.

Prior to leading the Inamori Center, French was the associate chair of the Department of Leadership, Ethics and Law at the United States Naval Academy, where she had been a member of the civilian faculty since 1997.

At Case Western Reserve, she'll serve as a tenured faculty member in the philosophy department in the College of Arts and Sciences in addition to her leadership duties at the Inamori Center.

French's research and scholarly interests are primarily in the area of military ethics, but also include leadership ethics, professional ethics, moral psychology, biomedical and environmental ethics. She has contributed articles and chapters on present-day conduct of war issues such as defining terrorism, the use of torture, warrior transitions and the moral responsibility of leaders not to erode values that provide the foundation for restraint and limit the awful scope of war. Her 2003 book, The Code of the Warrior: Exploring Warrior Values, Past and Present, features a forward by Senator John McCain.

Currently working on her second book, French has published numerous other works and is an associate editor for the Journal of Military Ethics and the Encyclopedia of Global Justice.

French has presented papers at prestigious international conferences around the globe. In 2004, she helped design and present four-day training seminars on moral reasoning and ethical advisement for the U.S. Navy's Chaplain Corps at Navy and Marine Corps bases around the United States and in Italy and Japan. The success of that program resulted in the development and presentation of a similar series of seminars on the subject of character development in 2006.

French received her bachelor's degree in philosophy, classical studies and history from Trinity University in San Antonio in 1990. She was recognized in 1990 as one of the 20 "Best and Brightest College Students in America" by USA TODAY. She went on to earn her Ph.D. in philosophy from Brown University before joining the Naval Academy faculty.