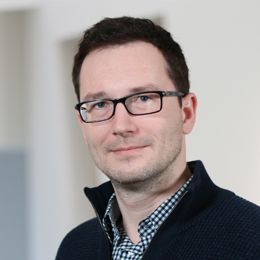 Roman Sheremeta, Ph.D., is an associate professor of economics at the Weatherhead School of Management at Case Western Reserve University. He holds a Ph.D. in economics from Purdue University and is a recipient of many research and teaching awards, including the 2018 Smith Ascending Scholar Prize, as well as multiple grants, including the National Science Foundation and the Max Planck Institute grants. Sheremeta was listed as a Top Economic Thinker of Ukrainian descent by Forbes in 2015, a top-rated young economist in the world according to the IDEAS ranking in 2018, and recognized as the Best 40 Under 40 Professors by Poets and Quants in 2019. His research has been published in more than 60 leading scholarly journals in economics, business, psychology, and political science, and featured in a variety of popular media outlets, including the Wall Street Journal, Forbes, NBC News, NPR, and Science Daily. The focus of his research is in experimental economics and game theory, with applications to behavioral economics, conflict resolution, industrial organization, labor economics, and public economics. Sheremeta has served on the editorial boards of the Journal of Economic Psychology, Games, and the Journal of Economic Behavior and Organization. Sheremeta has been a consultant to many private and public organizations, including the Cleveland Clinic and Morgan Stanley. He served on the Ohio Attorney General task force aimed at fighting the opioid epidemic in the State of Ohio. Since the beginning of the Ukrainian-Russian conflict, Sheremeta has been continuously advising various entities of the Ukrainian government. Since his appointment at the Weatherhead School of Management in 2013, Sheremeta has taught courses in the areas of negotiation, behavioral economics, managerial economics, and game theory.