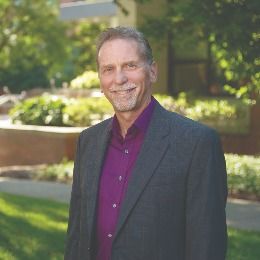 Mark G. Chupp, PhD, is an associate professor at the Jack, Joseph and Morton Mandel School of Applied Social Sciences of Case Western Reserve University, where he chairs the concentration in community practice for social change in the Master of Social Work program. He is also the founding director of the Community Innovation Network, a resource for communities and practitioners seeking strength-based approaches to community change. His work throughout his career has focused on appreciative inquiry, community building, community development and inter-group conflict transformation. In 2020, Chupp was named co-director of the Social Justice Institute at Case Western Reserve.

Chupp has worked over two decades to develop into a nationally-recognized trainer and consultant in a family of strength-based approaches to change: appreciative inquiry, asset based community development and network organizing. He initiated, in collaboration with Ohio State University, the Appreciative Inquiry Program in Community and Social Change, which was one of the first systematic efforts to adopt appreciative inquiry for nonprofit, public and community contexts. Chupp designed and implemented an 18-month appreciative inquiry process promoting comfortable race relations in a traditional Polish and Slavic American neighborhood experiencing a large increase in African American residents. Rather than focus on the dominant narrative of racial tensions, the process uncovered everyday examples of trusting relationships across races that were harnessed to build a new vision for the neighborhood.

Chupp uses an appreciative approach to conflict in public and corporate settings as well. He directed a qualitative analysis of 3,500 appreciative citizen interviews in Voices and Choices, a civic engagement initiative for 17 counties in Northeast Ohio. In 2012, he co-designed Core Change with David Cooperrider, an appreciative inquiry process for transforming Cincinnati’s urban core neighborhoods. Chupp also co-lead with Leslie Yerkes a process for transforming the culture of Great Lakes Brewing Company with its 300 employees and suppliers.

Chupp, PhD, began his career in restorative justice, directing the first Victim Offender Reconciliation Program in the U.S. Chupp is an international consultant and trainer in conflict transformation and peacebuilding. For three years, he lived in Costa Rica and Nicaragua, where he worked at peacebuilding throughout Central America. He provided leadership in the establishment of the Culture of Peace Program and a UN Local Zone of Peace in post-war El Salvador. Chupp holds a PhD in social welfare from Case Western Reserve. He has published numerous theory and practice oriented articles, manuals and book chapters. Chupp is a founding trustee of the National Peace Academy, an adjunct faculty member at the Summer Peacebuilding Institute of Eastern Mennonite University, and a member of the faculty of the Asset Based Community Development Institute based at DePaul University.