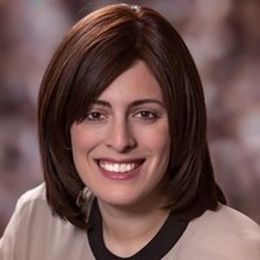 Jessica Cohen currently serves as CEO of Momentum Consulting Services, LLC. Jessica began her career as a nonprofit consultant, specializing in foundation relations and nonprofit operations, and working with federal, state, and local public policy. In Cleveland, Jessica also held the position of Senior Director of Government and Foundation Relations at Friends of Breakthrough Schools. In this position, Jessica oversaw the network's robust portfolio of foundations and government grants, and directed the network’s advocacy efforts. Most recently, she served as the Managing Director of Community Relations for the Jewish Federation of Cleveland where she represented the Cleveland Jewish community in the region, built a local and national network of partners and allies, and rose to national recognition and prominence in the community relations field.

A senior nonprofit professional, Jessica has also served on the staff of U.S. Congresswoman Carolyn McCarthy. Jessica was chosen as one of the 2015 Crain’s Cleveland Business Forty under 40 and a 2019 Cleveland Jewish New Difference Maker. She is currently the chair of the Cleveland Heights Planning Commission and a board member of Bikur Cholim of Cleveland - a Jewish health support nonprofit. She has served as Vice Chair of the Cleveland Heights Charter Review Commission, member of the United Black Fund, Hispanic Alliance, and Future Heights boards. Jessica received her undergraduate degree in Government from Harvard University and her Master's in Public Policy and Administration from Northwestern University. She is currently pursuing her JD at Cleveland-Marshall Law School where she is a Dean’s Leadership Fellow.