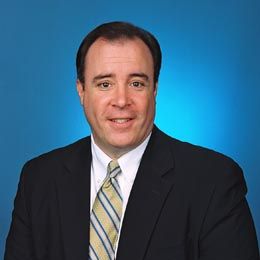 Charles (Chip) Tames is a master facilitator with Shapiro Negotiations Inc. Participants all over the world have enjoyed Tames’ keen sense of humor and his down-to-earth approach to negotiations. His ability to challenge participants and get them to challenge themselves even while creating a collaborative approach to learning has won him admirers from every class that he has conducted.

Tames has had a varied career in sales and training for the past 15 years. He began his career with Northwestern Mutual Insurance working in front-line sales. He then took that experience and moved to the Dale Carnegie Corporation as a sales manager, where his talent for teaching was recognized and he became one of the most sought-after corporate trainers and development specialists. Tames was awarded the 2002 “Excellence in Instruction” award by Dale Carnegie as a testament to his ability to entertain as well as educate in the corporate environment.

Tames has delivered highly customized programs on four continents and in six countries, including England, France, Germany, China and Australia. He received a BA from Randolph-Macon College and lives in Abingdon, Maryland, with his wife and two daughters.