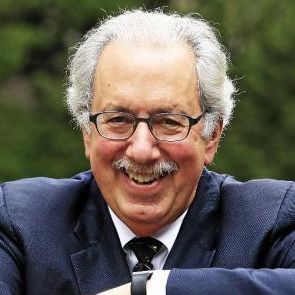 Richard Boyatzis is a Distinguished University Professor at Case Western Reserve University, and a professor in the Departments of Organizational Behavior, Psychology, and Cognitive Science, as well as H.R. Horvitz Chair in Family Business. While at CWRU, he served as department chair, associate dean of Executive Education and interim director of the Mandel Center for Nonprofit Management. He has won numerous awards at CWRU for research, teaching and service. He is a fellow of the American Psychological Association, Society for Industrial and Organizational Psychology and the Association for Psychological Sciences.

Prior to joining the faculty at CWRU, he was president and CEO of McBer & Co. from 1976 to 1987, having been with McBer since 1969. From 1983 to 1985 he was chief operating officer of Yankelovich, Skelly & White, while on its board of directors and the board of the Reliance Consulting Group. From 1985 to 1986 he was on the board of the Hay Group when they were owned by Saatchi & Saatchi.

His research interests include: leadership and developing emotional intelligence, competency, coaching, neuroscience of change and outcome assessment. He is the author of more than 200 articles and nine books that include: The Competent Manager: A Model for Effective Performance (in two languages); Innovations in Professional Education: Steps on a Journey from Teaching to Learning, with David Kolb and Scott Cowen; Transforming Qualitative Information: Thematic Analysis and Code Development (in two languages); the international best-seller, Primal Leadership: Realizing the Power of Emotional Intelligence with Daniel Goleman and Annie McKee (in 31 languages); Resonant Leadership: Renewing Yourself and Connecting With Others Through Mindfulness, Hope, and Compassion, with Annie McKee (in 18 languages); Becoming a Resonant Leader: Develop Your Emotional Intelligence, Renew Your Relationships, Sustain Your Effectiveness, with Annie McKee and Fran Johnson (in eight languages); and Helping People Change: Coaching with Compassion for Lifelong Learning and Growth with Melvin Smith and Ellen Van Oosten (in eight languages).

Boyatzis is a frequent speaker on the international circuit, having delivered speeches and seminars on all seven continents and five countries. He has consulted to many Fortune 500 companies, government agencies and organizations in the Americas, Europe and Asia on various topics, including executive and management development, organization structure, culture change, research and development productivity, economic development, selection, promotion, performance appraisal and career planning.

His Coursera Massive Open Online Courses (MOOCs), including Inspiring Leadership Through Emotional Intelligence, have over 1.5 million enrolled from 215 countries.

He has over 7,500 hours of coaching, has been teaching and training coaches since 1970 and published several dozen articles on coaching.

Boyatzis has a PhD and MA in social psychology from Harvard University and a BS in aeronautics and astronautics from MIT.